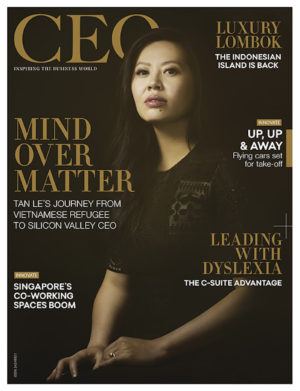 The Cha family legacy: The MD of HKR International carries on his father’s business philosophy

In this month’s issue of The CEO Magazine Asia, we talk to Victor Cha Mou Zing about how he’s continuing his family’s legacy in the business of property development and manufacturing. Then, Richard Chang, who was a professional basketballer before becoming the Senior Vice President of Costco Asia, shares a lesson or two about how he brings an athlete’s mind to an executive’s job. We delve into how the Winklevoss twins became bitcoin billionaires and got their revenge on Mark Zuckerberg, and we discover why some billionaires are paying themselves a $1 annual salary. We also ask, what can we expect in the near future as technology progresses? Will lab-grown meat, manipulating robots and fusion power become mainstream? Finally, taking some time out, we hop into the latest generation Porsche 911 Carrera S and 4S, and take respite at Trisara – the home of Phuket’s first and only Michelin-starred restaurant.